Top 10 blogs to check out for young entrepreneurs

People love blogging because they love to share information among the people. While there are people who take blogging as a leisure, Some take them as their career. Before you ever begin blogging, Take a look at some of the best and talented bloggers of the World. These people will inspire and give you some ideas as to how blogging works out.

Michael’s immense study of internet and blogging has made him huge bucks and hits. He felt a need for a place where all Young entrepreneurs can learn and share ideas in a single club. This is where even I got inspired to create this blog. He owns many blogs and ever since he started Retireat21, His blog have been featured in magazines, books and newspapers. You definitely don’t wanna miss his blog because he has a whole lot of contents in his blog. 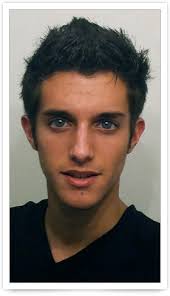 Alex fraiser is a Web Designer and has worked with WordPress and many famous companies to develop the best themes for WordPress. He also owns another blog called Kolakube where he sells all his thesis themes. Every articles and lessons in Blogussion have intense depth in it. If you love blogging, You’d always love to come back again and check them out.

Pro Blog is one of the most grossing blog out there for bloggers. Darren writes articles on ‘Blogging’ and also sells eBooks and has influenced many people through his paid forums and eBooks. A really good blog for people who like to blog.

Rob Sutton’s blog talks about Blogging, Fatherhood and Business Building (These Lines are taken from his about page). People wanna make bucks by blogging and he has got exactly what they’ll need. His inspirational articles will just touch you.

Tutorial9 by David Leggett has several resources, articles, tutorials and inspirations related to Web Development and Photo editing. He has got many subscribers and has become a very popular hub for Web Developers

1stWebDesigner is a Mashable styled blog packed with articles relating to Web Designing, Blogging tips, Inspirational and other tech related stuffs. He has written great tutorials on hardcore coding like WordPress, JQuery, CSS, HTML5, etc and has also posted tutorials on Photoshop.

Marco is a mere 22 year old blogger who writes articles on blogging, Web designing, Technology and Programming. It’s so much fun and is really worth spending time viewing this blog.

OMG!Ubuntu is a very popular website devoted to the Ubuntu Linux Operating System. Joey’s blog has News, Tutorials and Reviews on Ubuntu. He has millions of subscribers on his Youtube Channel and counting. OMGUbuntu! posts articles very often and all of them are really worth hearing. OMGUbuntu! is a very often visited blog and has created a

Kyle writes articles on tutorials and news relating to Computers and Technology. His blog has so many guest posts and step-by-step procedures for easy understanding.

Neil’s blog has influenced many famous companies like HP, Amazon, AOL, etc to make more money from the Web. He himself has become a multi millionaire through his entrepreneurial career. By the age of 21 not only was he named one of the top influencers on the web according to the Wall Street Journal, but he was also named one of the top entrepreneurs in the nation by Entrepreneur Magazine.

Mohammed Haashir is a tech geek from India with a thriving interest and passion towards developing applications, websites and games. He aims to deliver quality content through his products and blog with a deep emphasis towards aesthetics and accessibility. He founded the blog and YouTube channel- iBlune in 2012 with the goal to teach people how they can utilise technology to make their living. It has since then grown to a larger sector and the blog was then renamed to Haashir.in under the tagline of "Tech lessons informalized".

Made with love by Mohammed Haashir